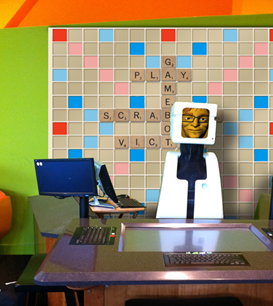 The goal of the Social Robots Project is to overcome the human-robot social barrier. Towards this end, we develop robots which bear a personality and a life history, and which can behave according to social conventions. These robots allow for extensive storytelling opportunities as personalities and back-stories are developed with the ultimate scientific and artistic exploration being in the interaction between the user and the robot. Communication and interaction with robots should be easy and enjoyable, both for unfamiliar users and trained professionals. We want robots to behave more like people, so that people do not have to behave like robots when they interact with them.  And we want robots to be intriguing characters to deepen the interaction beyond novelty and simple utility.  Please click on the "Articles and Books" link to see information about the project in various publications. 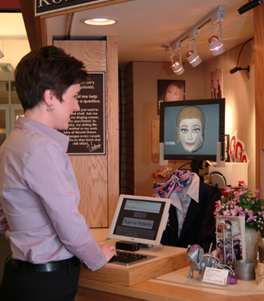 Victor Scrabblebot: play Scrabble with the first robot to go to college on a Scrabble Scholarship 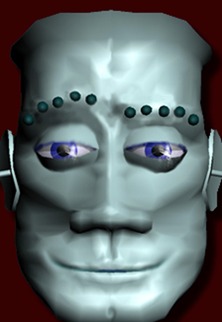 AthIna: chatbot installed at the Carnegie Science Center as part of the permanent exhibition on Robotics 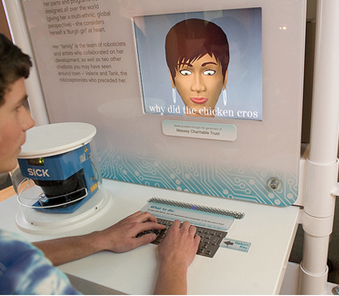 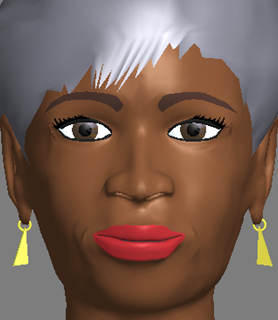 It might seem whimsical, but Valerie pushes at the boundary between machines and humans — a step toward the Robot on Lost in Space, the most likable character on the show.  --USA Today